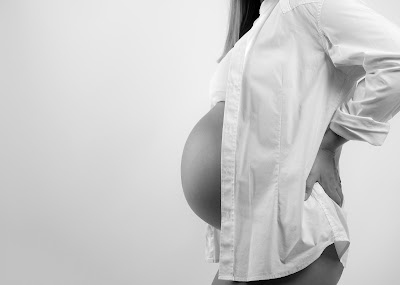 { Snag your seat in our FREE TRAINING to master your mindset for birth without the fear and anxiety! }

[This is also an episode of Friday Free Talk on The Tranquility Tribe Podcast on iTunes. Listen here.]


Hey Tranquility Tribe!  Welcome to episode 20 (woohoo!) of the Tranquility Tribe podcast!  Thanks to all of your support, this podcast has already reached an incredible 2,000 listeners in 14 different countries!

This episode features another amazing influencer mom, Shana Dewitt.  Shana is the mother of two girls, ages 11 and 2, the owner of a branding and web design business named Tipsy Studio, and a teacher at the University of Tennessee.  How does she do it all while still managing to take time for herself??  Throughout this episode, Shana gives some valuable insight into her impressive schedule.  Shana has also had a range of interactions with the birth world and opens up to Hehe about some of her most frustrating and difficult experiences.  If you are looking for some inspiration in your day, look no further – this episode is for you!

Our birth world needs some work!

Although the birth world is improving thanks to the work of doulas, childbirth educators, and other professionals who provide support and advocacy for pregnant women, there are still many women who go through the medical system without being given the opportunity to make the choices that they deserve to make for their child.  Shana is one of those women who was mistreated and let down by the birth community.  Shana’s first pregnancy was unplanned, and because she was not aware of any other options, she had her daughter in the hospital and let her doctor make many of the decisions for her.  Without anyone to let her know any better, Shana had very little autonomy throughout her pregnancy and birth.

For Shana’s second pregnancy, she was a little more knowledgeable about the birth world and was looking to have a different experience than her first.  Passionate about using natural remedies, Shana decided on a natural water birth.  She found a doctor who worked with a group of midwives, and for most of her pregnancy she was confident about her decision.  However, after Shana’s water broke her labor got intense very quickly.  By the time the midwife showed up, she told Shana that they did not have time to fill up the tub for a water birth (even though her labor ended up lasting 17 hours!).  Throughout her labor, Shana was continuously pressured to do things that she did not want to do, from taking Pitocin to make her labor progress to laying on her back despite the fact that her body was telling her that that was not the position she should be in.  Her midwife even called her by the wrong name and yelled at her the entire time, making the already difficult experience even worse.  When her daughter was finally born, Shana was in so much distress and discomfort that she did not have the energy or desire to hold her.

And these aren’t the only times that Shana has interacted with doctors that have caused her to doubt herself or forced her into doing things that she disagreed with!  When Shana was in her 20s, she went to her OB-GYN because she was experiencing pain that felt like a UTI.  Her doctor prescribed her antibiotics, but the pain did not go away; after visiting her doctor repeatedly, she was told that the pain was all in her head and if she kept coming back her insurance would stop paying for her visits.  Frustrated and still in pain, Shana eventually found another OB-GYN, who actually listened to her.  Shana ended up being diagnosed with interstitial colitis, a condition that her original OB-GYN had overlooked.

Shana also had a frustrating experience with her second daughter’s pediatrician.  When she told this pediatrician that she wished to have her daughter vaccinated according to the Dr. Sears plan, a vaccination schedule that is different than the one normally followed by doctors, the pediatrician sent in another doctor who belittled her and told her that she was making the wrong choice for her child.  Determined to stick to her choice, it took Shana three months to find another pediatrician who would take her insurance and was willing to vaccinate her daughter according to the schedule that Shana wanted.

The takeaway that Shana shares for all of you who may have had or will potentially have similarly frustrating experiences – trust your gut.  The most important thing for you to be able to do, especially for new parents, is to believe in your intuition.  You know your body and your baby best!  Stay true to what you feel is the best choice, even if you are made to feel inferior by others who believe that they know more than you.  And, as Shana emphasizes, it helps to have as much support behind you as possible.  It can be hard to stand up for yourself alone, so don’t be afraid to use your village to help you stick to your guns.

A typical day in the life of Shana

So, how does Shana balance the many responsibilities on her plate?  One of the things that I LOVE about Shana is how vocal she is about finding ways to take care of herself!  Sometimes you have to be a little selfish; after all, you’re not going to be able to be fully present for your kiddos if you’re completely stressed and sleep-deprived!  Taking care of yourself not only benefits you, but it also sets a great example for your kids to do the same.

Shana normally begins her day early so that she can take some time to meditate, journal, do her devotional, and practice yoga before her kids get up.  This allows her to center herself and prepare for the day.  After her older daughter goes to school, Shana spends time with her younger daughter and then gets work done during her daughter’s nap and screen time.  Shana shares that she has focused on maintaining flexibility with her business, which allows her to adapt her schedule as her kids get older.  In addition to her daily morning routine, Shana takes her younger daughter to a mother’s day out program twice a week, which gives her some time to grab lunch with friends, catch up on errands, or simply have some much-needed quiet time!

Throughout the podcast, Shana shares many valuable tips that have helped her manage her busy schedule!  As Shana has experienced firsthand, every child that you have will be different.  It’s important to remember to be flexible and depend on your support system to get through challenging days.  Although it can be scary, it’s okay to let go a little and just go with the flow!  Shana also emphasizes the fact that you don’t need to work yourself to death planning elaborate and exciting days for your kids.  Most of the time, they just want to spend time with you!  Often, the little things like watching a movie together or going to the park are the moments that they remember the most.

Finally, remind yourself that you can’t do everything, and even more important than that, it’s okay not to do everything!  Focus on the aspects of your life that are most important to you, and let go of the things that don’t matter as much to you.  And be aware of what your kids are able to do as well!  Often, kids are more capable than you would expect; don’t be afraid to ask them to pitch in around the house or do things on their own to give you more time to focus on what’s most important to you.

If you want to learn more about Shana’s business, visit tipsystudio.com or find her on Instagram at @tipsystudio.  And if you connected with Shana’s story and want to hear more like it, check out her new podcast, Be Heard, on iTunes! 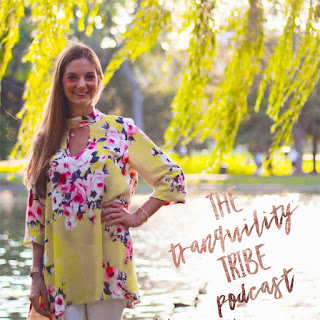 Written by our Guest Blogger, Kyra Shreeve. She is a Biochemistry, Health Policy, and Music student at Brandeis University.