CBD and Motherhood with Ashley Reynolds 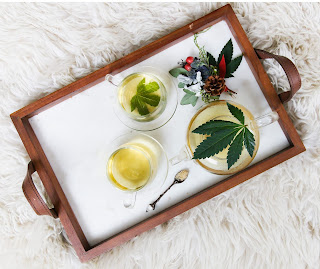 [This is also an episode on The Birth Lounge Podcast on listen here.]

Hey Villagers! Y’all requested this topic like no other and HeHe is so excited to sit down this week and talk all things CBD and motherhood! From the history and science of hemp to the stigma surrounding using CBD to get your body and mind optimized to be the best mom you can be, we’re covering it all. HeHe enlisted the help of Ashley Reynolds, mom of two and the president and cofounder of Elmore Mountain Therapeutics in Vermont. EMT is a CBD company founded by Ashley and her husband in 2017 and they specialize in whole hemp plant CBD rich extract. Using evidence-based knowledge, they’ve produced their own topical balms and sublingual tincture - HeHe uses the balm and swears by it for everything from period pain to belly aches to scrapes and cuts!

Ashley’s Journey
Shortly after the birth of her 2nd child in 2016, Ashley began to struggle with postpartum anxiety while juggling going back to work in preventative dental care after maternity leave and handling an almost 2 year old and a newborn. She couldn’t sleep despite being so tired and couldn’t eat even though she was expelling so many calories via breast milk. On top of that, she felt like she couldn’t really be present and became very sharp with her children; she simply didn’t feel like herself. She considered turning to pharmaceuticals but was reluctant about side effects and her ability to exclusively breastfeed. Ashley’s introduction to the world of CBD came by chance: she noticed that one of her patient’s had anxiety listed in his chart but he wasn’t taking any drugs for it and out of curiosity she asked him how he was dealing with it. His answer? CBD! He told her all about what CBD had done for his anxiety along with the importance of quality control and quality assurance when it comes to the products and soon after Ashley found a reputable company out in Colorado and had ordered products for herself. Within 3 days of starting them, she already began to feel like herself again: her appetite and sleep problems began to cease and she found herself being more focused, present and calm. She told all her friends about it and when she realized that so many of them had been struggling with those same postpartum issues, she thought that they shouldn’t be living like that when there’s something like CBD that could help and thus Elmore Mountain Therapeutics was born!

All About CBD
Cannabis has been in our culture as human beings for thousands of years. Depicted in hieroglyphics and cave walls, this plant has been a part of our everyday ethos for a whole host of things for a very long time; it’s has only been demonized in our country for about the past 50 years. However, things are changing! Legalization for recreational use is now happening in almost half the states and in the last decade medical use has become more and more acceptable. In Vermont and other agricultural states, it is also now legal to grow industrial hemp and create and sell hemp-derived products without a medical license, leading to a huge boom in sales and use.

So how does this come into play with our bodies? The endocannabinoid system was discovered in the 90’s in Israel by an Israeli physician who found that we have endogenous cannabinoids all over our bodies that are really in charge of balancing just about every single bodily system that we can name. From the cardiovascular to the circulatory to the digestive, these systems run over everyday functions and the endocannabinoid system can be seen as the umbrella system to all of them; when it’s not working, none of our other systems are going to be working their best! Just as you can take vitamin supplements to deal with a vitamin deficiency, taking CBD can serve as a supplement to the endocannabinoid system.

Ashley cannot stress enough that not all CBD is created equal! Given the unregulated nature of the industry, there are a myriad of questions you should be asking when it comes to picking a CBD company that you trust. How is the plant grown and how is the CBD extracted? Are there solvents after extraction is complete? Is what is said on the label actually what is in the bottle? For her products, Ashley uses an extraction method called supercritical CO2 extraction, which she says is the gold standard of extraction. It’s a very similar process to how caffeine is extracted out of coffee to make it decaf and provides the cleanest extraction possible.

THC is something else to think about when it comes to evaluating a product. THC and CBD are both cannabinoids, but THC has a psychoactive effect while CBD does not. Ashley’s products are whole spectrum, meaning it has both THC and CBD. Under federal law, the THC level must be under .3 percent, so it’s not going to get you high! Ashley and HeHe suggest going for products that contain both as the combination creates an entourage effect that makes the products more effective.

CBD and Motherhood
If Ashley had known that she could have used CBD for 8 and a half months of morning sickness when she was pregnant while chasing after an 18 month old, she would have taken it without a doubt! Rather than turning to something with a higher THC level like smoking or vaping, Ashley wholeheartedly suggests turning to CBD to deal with symptoms instead. In terms of safety, Ashley isn’t a doctor, but she was taking 200 mg of CBD daily while exclusively breastfeeding her son for a year. He is now 2 years old and speaks in full sentences, has the motor skills of a 3 year old, and his emotional and cognitive skills are off the charts. She has also used CBD on her kids for bruises, bleeding, or even trouble falling asleep and has never experienced a problem.

What about the stigma? Ashley lives in an alternate universe from most of us where everyone knows what she does - her daughter is in preschool and lives in a small town and a small state and people know her face and what she’s up to. She has yet to have someone come up to her and say “how dare you?” or “you should be ashamed of yourself” or “how come DCF hasn’t come and knocked on your door?” You know you - you have to read the room when it comes to something like this and if you know that you’re going to be adding stress to your life by bringing this up, don’t do it!  If you feel like you’re ready and you have the education to take on the naysayers, feel free to be open about your use!

For all you skeptical mamas out there, Ashley has been there! She wants to encourage you to keep an open mind to how CBD can help you live a life in harmony. Who wouldn’t want more energy and patience, less aches and pains and the ability to be more present with your children? Being a mom is really, really hard - if there’s something that could maybe help you out, why not try it? We still don’t have evidence for the long term effects, but it’s a plant that has been consumed in our culture for thousands of years, and because of a few people’s opinions about demonizing it, our health is suffering the consequences. Ashley says we’re not facing a war on drugs, it’s a war on science. Be cautious in your sourcing, ask questions, get testimonials and find the best quality, clean products so they can do the most benefit for you.

Ashley is ready and willing to answer any and all questions when it comes to CBD! Connect with her at www.emtcbd.com. If you’re in the Boston area, her products can be found at Cambridge Naturals in Boston Landing and Porter Square.