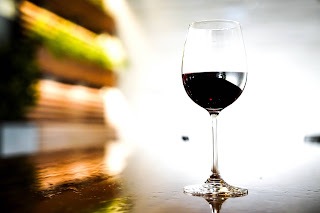 Today I wanted to chat alcohol and pregnancy. I sometimes see or hear expectant parents make jokes like, 'I wish I could have a glass of wine'. And I just wonder to myself, is this a place for me to say, 'You can'. Actually, the research says that it is okay. Or are these people like truly joking?
I feel like this is a discussion we should have. Now I think if we're gonna understand drinking during pregnancy and postpartum, we first have to break down how your body breaks down and absorbs alcohol. And a lot of people have this misconception that you drink alcohol and then it's just zooms to your baby. Or you drink alcohol while you're breastfeeding and your baby just gets a serving of alcohol with the next feed. It's just not like that. You ingest the alcohol and it goes into your digestive system and then it goes into your bloodstream and then your liver is actually going to filter the alcohol. Some alcohol can pass into the placenta, however your baby can process and break down a small amount of alcohol.
There's also a big misconception that you can't have alcohol in the first trimester. And the science says that that too is just not true. So how much alcohol are we talking? One to two glasses per week, not per day- per week- is okay in the first trimester. After you get to the end of the first semester and you enter your second and third trimester, you can have up to one glass a day. Professor Oster goes into this in her book about how the social construct of drinking during pregnancy actually might be hindering our pregnancies and our children. Professor Osters books are fabulous for research-based information for pregnancy and parenthood. She covers this topic at length in her book, 'Expecting Better'. Her book, 'Crib Sheet', is an amazing resource for controversial topics in parenthood such as drinking while breastfeeding as well.
So what are the concerns with drinking during pregnancy? One concern for those that drink during pregnancy is fetal alcohol syndrome. This includes cognitive delays, developmental delays, physical abnormalities, and language delays. A 2009 study in Australia actually did show that there are language delays in children whose mothers binge drank while they were pregnant in the second and third trimester.
Let's talk about breastfeeding and drinking. The science again is really clear because our bodies are so complex and it doesn't go straight from you straight into your breast milk. There was a 2014 study done and it showed that if you drank four drinks quickly, I think it was defined as within an hour, that even then there was not enough exposure of alcohol in the breast milk to even be mentionable. And that is incredible. It's important to remember that the alcohol that's found in your breast milk can be said to be the same as your blood alcohol content.
We also know that alcohol is not stored in breast milk despite anything you've ever heard. So the rule of thumb there is that you can have a glass of wine. There is no need to pump and dump. If you are concerned about this milk you can wait two hours to feed your baby after one drink. If you prefer not to feed that milk to your baby, you can pump that milk to use it in a bath, use it for soap, use it for skin issues, use it for ear infections, for pink eye, diaper, rash, all sorts of stuff. Do not pump and dump that precious, precious milk.
The bottom line about alcohol in pregnancy. There's no good evidence to suggest that light drinking during pregnancy negatively impacts your baby. This means up to one drink a day in the second and third trimesters or one to two drinks a week in the first trimester. Speed matters. So we are certainly not talking about vodka shots. Heavier drinking has negative impacts, especially in the range of four to five drinks at a time.
Also remember in pregnancy, your baby does have the ability to break down some alcohol. So if you're being responsible and you are being mindful of your alcohol intake in both pregnancy and postpartum, you should be all set to go. I know this is a sticky topic, and I know it's something that people feel really, really strongly about. I don't care what you do, but I don't want you to not have a drink in pregnancy or postpartum because you think that it's going to harm your baby because that's just not the truth. I definitely don't want you to not have a drink in pregnancy and postpartum because of the social construct, because that's just silly. The science is there. The research is clear. So go forth and have that glass of wine. If you have been withholding from yourself for the last few months you deserve it.